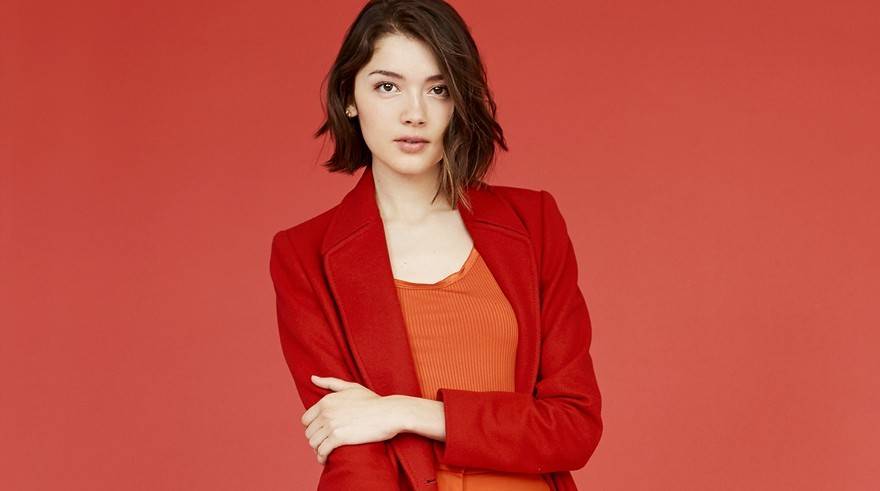 Body parts: Some models are hired not for their faces but for their special features, such as big feet, hair, hands, etc.

Bonus: If the ad is running in a "high-exposure format," such as a poster, billboard, point of purchase, or online model, an additional fee is typically paid over and above the hourly or day rate. Models can also receive bonuses if the ad lasts longer or if customers request exclusivity.

Book: A book is another term used for a model's portfolio.

Buying: Models are usually paid extra money if the customer wants to use the ad forever.

Camera spoofing: This is when the model moves their head and eyesight away from an object or other model and closer to the camera. This gives the illusion that the model is looking directly at another person or object, but allows the camera to see more of the model's face.

Composite Sheet (Comp Card or Z Card): This is the model's business card. Unlike an actor's headshot and resume, a composite sheet shows a variety of photos of the model as well as her stats (height, eye color, hair color, etc.).

Editorial Shot: A photograph used with an article in a newspaper or magazine.

Go-see: This is a term used when describing a model's audition. When a model is approached to participate in a go-see, they walk into a photographer's studio or casting facility and be seen.

Layout: Typically, an advertising agency's art director will create a sample concept for an advertisement. This guide is shown for approval to the photographer shooting the ad as well as the client.

Model Forms: Model forms fill out the modal forms when they are included in the go-view. Basic contact information and size are normally requested in the form.

Model Release Form: A legal document that gives the photographer or advertising agency the right to use the model's image in an advertisement.

One-Plus-One: This is when a model is booked for an hour of modeling work with the possibility of working extra hours. Models should hold off the extra hour if the shoot goes on longer than expected.

Photo credit: This is optional if the model wants to put the photographer's name on a composite sheet next to her photo

Print: This is a term used for any still photograph that is used in a printed format, such as newspapers, posters, magazines, etc.

Request to go: When a model is specifically asked to attend a casting for a print job.

Sign-in sheet: A plain piece of paper used by models to write their names. The sheet allows the photographer to know who is next to take their picture.

Camera Category: The photographer will make this request if he wants the model's face and body to be positioned directly in the lens.

Stock photography: General photographs that can be rented to companies or organizations to save money by not having to hire models and photographers when creating ads. These photos may also be used for editorial purposes. Some websites include Getty Images and Shutterstock.

Tear Sheet: This is a copy of a commercial modeling advertisement. This proves that the ad was published.

Test Shot: A photo that is not being used as an advertisement, but for a photographer's or model's portfolio.

Transit: A term used for posters on vehicles, such as buses, trucks, or subways.

Transparent Apparel: Clothing that is worn by a model that is perceived to be see-through.

Use: How and where advertising will run, such as in newspapers, magazines, or on posters or billboards that are considered high-exposure formats.

Voucher: This is the bill or invoice used by the model for all business modeling tasks. The agent and anyone else who is being invoiced for the job gets a copy, and the model should always keep it on this invoice.