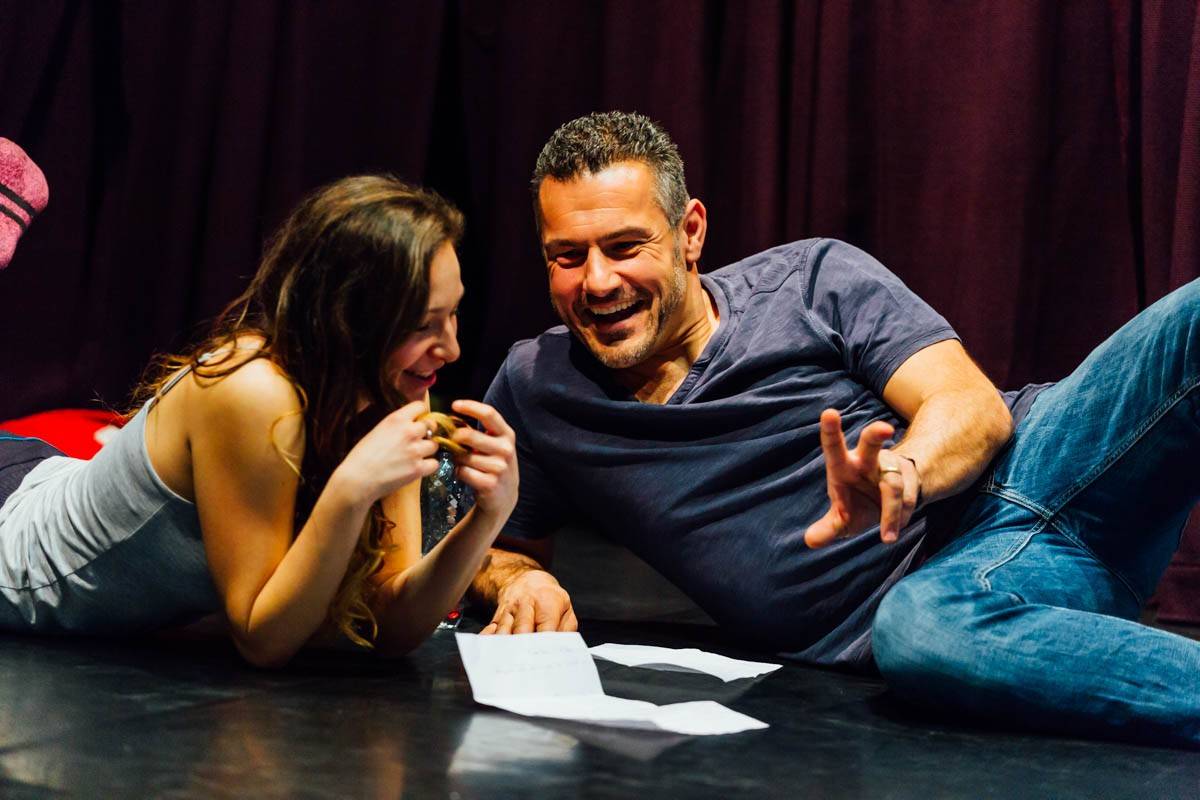 Over the past twenty-five years, the filmmaking process has been rocked by wave after wave of technological disruption. From digital cameras to the rise of CGI, the rate of change within the entertainment industry has never been faster.

Perhaps one of the best contributions to the production process has been to cast websites. To advance the film industry, casting sites help productions connect with the talent they're looking for, and vice versa.

In this post, we break down the 8 best casting websites that working actors turn up frequently.

What are Casting Websites?

In the old days of the mid-90s, actors who acted without representation had to do some serious legwork to audition. They scour trades and pound on casting office doors, just in case they come across a room with professionals who might hire them for a role or blacklist them.

Now, the early stages of the casting process are mostly experienced over the Internet. In addition to working directly with talent representatives, casting agencies will often seek new talent through the many services offered by top casting websites.

Backstage is the reigning heavyweight champion of the best casting websites.

Founded in New York in 1960 as a magazine for actors, Backstage originally published casting calls and industry news. Over time, the company and its scope expanded, until it finally took the online leap in the late '90s, where it quickly evolved into the Ivan Drago of audition websites.

From any perspective, this is where Backstage shines. The site has a database of over one million members, posts thousands of new roles each week, and is built on nearly 60 years of industry experience, serving the biggest hitters in film, television, and theater production.

That said, if you're trying to figure out how to get casting calls for free, casting websites like Backstage may not be ideal. To apply directly for Backstage jobs, you will need to be a member. Subscription plans range from $9.99 to $19.95 per month, depending on whether you commit to an annual, biennial, or monthly plan.

In other words, while you can find free casting calls backstage, the service through which you access them is not. As we will see in this list, this type of fee structure is a common one among the best casting websites.

But even with the fee structure, when you consider its raw numbers, coveted reputation and versatile capabilities, Backstage is an undeniably formidable force among its peers.

Whenever an actor participates in a fee structure for professional services, it's natural to ask the question - is the membership being paid worth the price?

The short answer is yes, but it's also important to understand that, like any site on this list, your personal mileage may vary. There is no such thing as a magic bullet when it comes to casting websites.

Technically part of a family of companies operating under the umbrella of Breakdown Services, Ltd., Actors Access works hand in hand with one of its affiliates, Breakdown Express, to create a seamless pipeline between productions and their talent. Can go

Actors Access's fundamental service is then to provide actors with access to casting breakdowns, as generated by casting agencies or casting directors, through Breakdown Express. A casting breakdown is a list of what roles are available for a project along with a brief description of the physical traits required for each of those roles.

What most clearly differentiates Actors Access from other audition websites like Backstage is that their basic services, viewing breakdowns and maintaining profiles are free. However, there is an important catch.

Under the free plan, an actor will be charged $2.00 each time he submits for a casting call. Its only option is the Actors Access Annual Plan, which costs $68.00 per year, which provides access to unlimited casting call submissions, among many other perks.

Actors Access is a great source of information for working actors and has an excellent reputation in the production community, but, again, if you're looking for free casting calls, this may not be the place for you. Nevertheless, Actors Access is undoubtedly one of the best casting websites. Any actor seeking work should take advantage of his reputation and have less in his database.

If the names haven't already hooked you up, the Breakdown Services family of companies is mostly centered around the concept of "breakdown."

In the field of filmmaking, a breakdown is a document that breaks down the physical requirements of a script. They are organizational in nature, and almost every department creates some version of it during pre-production. For example, the props department will generate a breakdown of every prop needed for every scene within a given script.

Compared to websites like Backstage and Actors Access, Casting Network is relatively new to the game. The company was founded in 2002 with the goal of creating software to streamline the often inefficient process of casting film and television projects.

Today, that core goal has grown into a family of software solutions that collectively provide end-to-end services for casting agencies and talent representatives.

Casting Network is one of the best casting websites available right now, but it's important to note that it was designed primarily to cater to casting directors and the companies that hire them. For actors, it offers no further services than what you'd find on audition websites such as Backstage or Actors Access.

However, that might not be such a bad thing. This can also be a big advantage.

The equipment and services provided by Casting Network to casting professionals are so strong and efficient that, in 2017, Fox severed its nearly 46-year relationship with Breakdown Services to move all of their casting needs to Casting Network Can you It was a major disruption at that time and may cause further disruption.

The new kid on the block clearly has the eye of some of the big players in the Hollywood ecosystem, and that alone is reason enough to pique an interest in a working actor.

If you have an agent, setting up an account on the Casting Network is completely free, which makes it a hassle-free affair. However, if you have not yet secured representation, you will need to pay at least $25.00 per year for a basic subscription, plus an additional fee if you wish to take advantage of their premium services. If you have the budget, Casting Network is worth a try.

Playbill is easily the most widely recognized company to appear on this list of casting sites. If you've been to the theater, you've almost certainly passed through one of their iconic yellow production publications.

But Playbill is much more than a small book. It is the world's leading source of theater news and an invaluable resource for working actors and theater professionals.

Playbill updates its job board daily, making it one of the most up-to-date audition websites available for actors. If you find free casting calls on Playbill, rest assured that they are legit, as Playbill employees thoroughly check their listings.

Playbill also states the major advantage of being completely free to use. You can browse in your free time without any cost. The only downside is that Playbill doesn't offer a submission portal, which means you'll have to take contact information from their listings and do the legwork of submitting yourself for a role on their own.

It's a minor inconvenience, but also a small price to pay for the Playbill's combination of low-level price and high-end reputation.

Casting Frontier's Premium and Premium Plus plans can be purchased at an annual cost of $75.99 and $95.99, respectively. The perks offered by the plans allow you to upload additional headshots, voice reels and other multimedia files, with a major benefit of unlocking unlimited direct submissions to projects.

Discovering Casting Frontier with a free account should be considered by any actors not currently represented. If you find it suitable for your particular needs, then upgrading to one of the premium plans may be a way to go.

While not as famous as some of the other best casting websites on this list, there is now another place to find prestigious job listings for casting actors.

If you live or are willing to work outside of Los Angeles, you'll be glad to read that NOW Casting offers free submissions to all non-LA. Audition

However, if you want to use Casting Notices for projects inside Los Angeles, you will need to purchase one of Now Casting's subscription services. His most recent permission to access the Los Angeles notice

NYCastings is primarily a resource for (you guessed it) casting projects in and around New York City. Registration for the site is free, and you should pay close attention to their casting board if you live in NYC or can easily travel.

However, as you can probably guess by now, you'll need to pay a fee to gain access to some of NYCastings' more robust submission and presentation features, the most prominent of which is " 24/7 access to casting notices." "

While NYCastings features casting notices from cities across the United States, the monthly, quarterly, or annual fee can be a tough sell for the Angelenos among us. For New Yorkers, however, NYCastings just might be a casting website worth considering.

It may seem strange to list IMDbPro with the best casting websites in the business, but, in a way, its unusualness is exactly what makes it attractive.

It's not the first place you think of, but in fact, IMDbPro maintains an active casting notice board, and IMDbPro's submission system allows actors to respond to these notices by forwarding their actual IMDb page . This allows for a level of interactivity that you rarely see with standard resumes and headshots on other casting websites.

But the submission system is really a secondary attraction here. IMDbPro provides the most robust presentation of industry information currently available. Having the ability to research a given project is an invaluable tool before submitting yourself to any of the listed audition websites.

Of course, accessing IMDbPro requires a subscription. You can currently purchase a $19.99 per month or an annual plan that charges $12.50 monthly for a total price of $149.99 per year.

IMDbPro is unlikely to replace giants like Backstage or Actors Access with their decades-long reputation as the best casting websites, but its unique features make it a complementary tool that can enhance your experience with any of the above. are capable of.