HomeBlogHow Do You Audition For A Series? : 5 Steps for Success 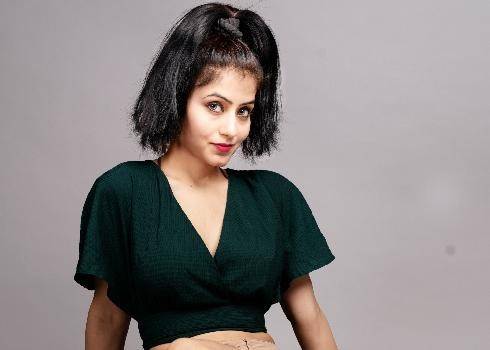 How Do You Audition For A Series? : 5 Steps for Success Because this is TV, the casting director will want to see how you look and act on screen as opposed to a stage in live theater. At home, try filming yourself on an iPhone, MacBook computer, or other movie recording device to see how you look! Sometimes we think that the way we watch a movie is very different from how we actually look! When you do this, think about these questions: Do you look comfortable in the movie? Or are you making strange facial expressions, such as blinking a lot, touching your nose, biting your lips, or raising your eyebrows? See if you have any habits that you can break before you even step into the audition room!

Also, it is not recommended to wear white or black clothes in front of the camera, as it can wash out your skin tone. Wear something flattering and a neutral color; Casting directors generally don't like busy patterns or stripes. If you're doing acting scenes in front of the camera, either alone or with a partner, you'll want to make sure your speaking volume is accurate. You don't have to speak very loudly, like on a Broadway stage when you're trying to get your voice behind the audience; The camera and microphone should be able to catch you in your normal speaking voice. But it shouldn't be so soft that they can't hear a word you're saying.

Also, make sure you don't look directly at the camera, or look directly at your scene partner at all times. When you do your "play" filming experiments at home, pay attention to where your eyes are most of the time. Are they rolling around, looking cross-eyed, or are they clinging to one thing? They should look natural with some movement, but nothing steady or sporadic. When you look at your reading, note where in the scene or lines you should be looking at the camera and your visual companion. Maybe it's a romantic scene, and you're saying "I love you." You may want to try two different approaches, one directly into the camera, and the other at your scene partner. Think about these techniques. Study your favorite actors and see how they do it and the impact they have on you!

Like in movies, you have to be part of the SAG-AFTRA Union (Screen Actors Guild and American Federation of Television and Recording Arts) to audition. If not, you can start by attending a non-union audition.

To join the union, you must start working as a stand-in or stand-in in TV. If a director casts you as a non-union actor in a role that's intended or contracted for a union actor, you'll receive an exemption for each day worked and you'll get three exemptions at once.

If yes, then you can apply to join the union. if accepted, you will be required to pay a union start-up fee of approximately $3,000 plus monthly dues. It's a huge investment, so make sure it's something you really want to go for! However, being part of the union will ensure that you are being paid and treated fairly on set, and that you are also eligible for health and retirement benefits. Of course, if you want to learn how to audition for a TV show... try websites and resources like:

These sites mostly post auditions for big cities like New York, LA, Orlando, Boston, and Chicago. Some of these websites will require a fee to join (it's worth it!) and some allow you to submit your headshot and resume to the casting director, without having to audition in person. If you do get an audition time, or are attending an open call, don't panic! You'll need to put in your headshot and resume for the audition, and be prepared that this could take less than two minutes, or you could be in the audition room for an hour. Be prepared for both situations.

There may be one or several casting directors in the audition room. Sometimes you'll be given the script or "favour" a few days or weeks in advance, or sometimes you'll get it on the spot! If you're reading on the spot, it's a good idea to practice these types of "cold reads" before your audition. Find a friend, and test yourself reading lines or monologues. See what your natural reading instincts and acting choices are.

When you enter the room, be very polite and be yourself. Sometimes the casting director will want to chat and chat with you, but other times they just want to focus on the audition. Try not to distract them. In a TV audition, it will most likely be filmed. Sometimes they'll send it to LA or another casting office in New York, so you should be as comfortable as you can with auditioning with a big camera or multiple cameras right in front of your face!.